I think I was born on fire.  As a small child, I remember feeling that longing to fulfill my destiny.  My childhood fantasies included converting my dad’s office building into a homeless shelter. Even while young, I was gifted with intuition and empathy. I became quite skilled at manifesting. I thought everyone experienced the world similarly.

As I got older, I realized that everyone wasn’t having the same experience.  There were times when my gifts seemed a burden.  Some people wanted to exploit my ability to “read” a situation.  Other times, I wasn’t comfortable with what to do with information that I “received.”

Once I started medical school, being able to “feel” the physical and psychological symptoms of those around me as if they were my own became too much.  I largely shut my intuition off and shifted into the left-brain world of those around me.

The first several years of my medical practice I’d think, “if only I could feel what this patient is feeling, I would know what to do.” For example, was the complaint of an occasional heart palpitation just one of those things that happens sometimes or was it indicative of a serious problem?  For years, it did not occur to me to turn my empathic sensing and intuition back on.  At some point, though, I started to receive more intuitive help.  On several occasions, I would be seeing a patient, know that something was seriously wrong, and have no idea what it was.  Suddenly, a diagnosis, condition or syndrome name would pop into my head, not out of recall (I’d truly never heard of it), but just out of the blue.  I’d Google it in the room, sometimes having to guess at spelling, and that’s what the patient had.  I was in awe.  The more grateful and amazed I was, the more often it happened.

Several years ago, I got myself to a very unhappy place, not depressed, but in that place of discomfort where I felt like I couldn’t win.  My mind, body and spirit were not in alignment.  In fact, they disagreed about most things and there was nothing that I could do that would satisfy them all.  That was truly my Dark Night of the Soul. Thereafter, I started having a lot of physical symptoms.  I had arms that woke me up all night long from numbness and tingling, which made me very tired during the day.  I was already tired being a doctor with five kids!  Later I had a partial tear of a hip flexor, IT band problems, and ultimately developed thoracic outlet syndrome, a terribly painful condition resulting in severe electrical-type pain in my left arm.  The pain got so bad that I was unable to use my left arm and I was taken off work for a few weeks.  I saw several doctors, underwent numerous tests and procedures, and tried every available treatment short of surgery.  My left brain fought so hard; it tried to power through.  After all, I’d always worked while sick (wearing a mask so as not to get patients and co-workers sick) to avoid inconveniencing those scheduled to see me.  I was completely unaccustomed to caring for myself.  I was unable to connect with my body and its needs at all. Something had to change. I was unable to power through this time.  I started seeing a massage therapist to help with my acute symptoms.  At one of my early visits he said, “You know, in eastern medicine, the rounding forward of your left shoulder means you’re trying to protect your heart.”  From there my interest in eastern and energetic medicine took off!  I read Eastern Body, Western Mind and found myself in several chapters.  I came to realize how it was second nature for me to disconnect from myself and suppress all “negative” emotions.  That was the beginning of the best journey ever.

So much has contributed to my growth and this journey, including integrating my right and left brain, developing a collaborative partnership between my masculine and feminine principles, learning to source feminine power, trauma-based therapy to remove the old blocks and create new neural pathways, Reiki, Shamanism, Tantra, yoga, Colorpuncture, cranio-sacral therapy, astrology, Human Design, and the Gene Keys to name a few.

Along the way, I took a layperson class in Colorpuncture and started using it on myself, and my kids.  The blessings were immense.  Not only could we clear physical symptoms quickly (headaches, colds, nausea, ankle pain, etc), but it allowed me to support my process and shift more quickly than I could without it.  Friends and neighbors would stop by for treatments.  I decided to take the certification class to expand my available treatments.  I also started using a Biomat (which heals with heat, negative ions and far infrared rays), essential oils and crystals to promote healing.

Later, I became trained in Reiki to augment my other energetic healing practices.  I developed skills in transformational coaching and facilitation and took part in a women’s global leadership initiative.  With each step, I’ve experienced great transformation and personal growth, stepping further into a self-actualized, fully expressed life.

While my physical symptoms entirely resolved and I’m healthier than I’ve ever been, the most important shift on this journey has been my connection to Self.  As I’ve learned to listen, to check in, to attune to myself, I’ve received more and more gifts. I’ve learned to integrate my left and right brain as well as my masculine and feminine principles.  I now look back on my former life and laugh.  It was like I was pedaling a bike with one leg all those years!  I now accomplish a lot, but feel like I’m relaxing much of the time.  The more I step forward on my destiny path, the more I’m drawn to nurture my soul.

The next step on my destiny path is now clear: to be of service to you.  To help you clear the blocks that keep you from being your truest self and to realize your untapped potential.  To help free you of physical or psychological symptoms that keep you trapped in a place of surviving rather than thriving.  To help you connect with yourself and access your own internal wisdom.  To help you remember what Glinda the Good Witch, says in the The Wizard of Oz, “You had the power all along, my dear.” 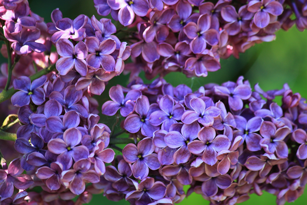